Matt Smukall has always had a passion for the ocean and its inhabitants. This passion has taken him from Florida to Alaska and, recently, to Bimini, in the Bahamas, where he is the President & CEO of the Bimini Shark Lab, a research outpost focused on the study and conservation of sharks. 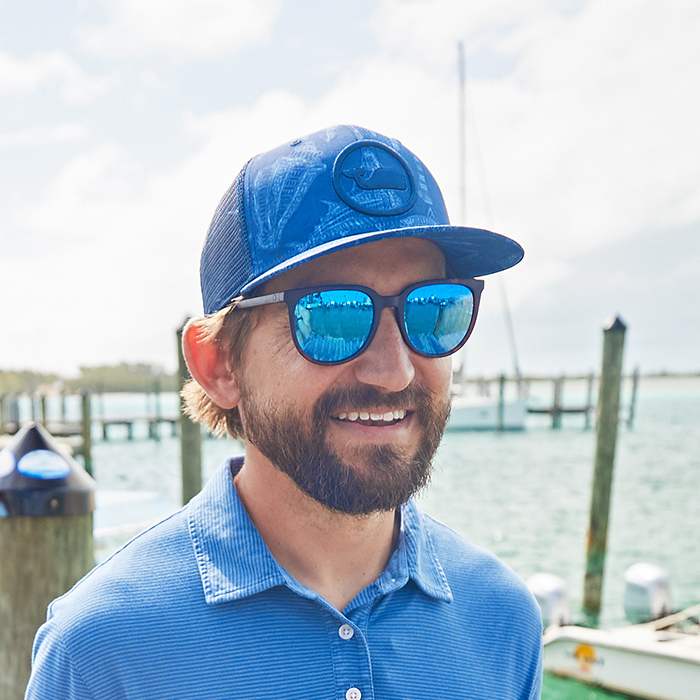 “I grew up in Florida, and my mom was a marine biology teacher, so from an early age I was doing a lot of marine science things. We’d go to the beach to see what little crabs, or invertebrates, or small fish were there. My love of the ocean started off at a pretty early age just through what was passed down to me.” — Matt Smukall

“It is an amazing feeling when our research team has a safe and successful day studying sharks in the beautiful waters of the Bahamas. Those days remind me how fortunate we are.”

Bimini is a speck of land on the western edge of the Great Bahama Bank. Made up of three islands—South Bimini, North Bimini and East Bimini—Bimini in its entirety covers just 9 square miles. (North Bimini, the main island, is a mere 7 miles long and 700 feet wide. For reference, New York’s Central Park is 2.5 miles long and over 2,000 feet wide.) Bimini is home to a handful of marinas, a smattering of restaurants, bars and conch shacks, a few hotels and a new casino. The deep blue waters of the Gulf Stream flow right offshore, which makes the fishing legendary and the boating treacherous. (The reefs surrounding Bimini are a veritable graveyard of shipwrecks.) It also makes Bimini a great place to study sharks.

“We’re the only mangrove island on the western edge of the Great Bahama Bank, and that western edge has a lot of biodiversity,” Matt Smukall told us as we sat at a picnic table outside the Bimini Shark Lab, where he serves as the President & CEO. “Bimini’s proximity to diverse habitats, and the nutrient-rich waters of the Gulf Stream, means that we get a lot of the big sharks moving through the area. They use the mangroves as protection, as a nursery ground, and then as they grow they spread back out to all the surrounding reef and seagrass habitats. On some of the more centralized islands of The Bahamas you don't have this strong prevailing current, and you don't get that cluster of new juvenile fish, juvenile invertebrates, all that stuff. The waters off Bimini just have so much biodiversity and abundance of life. That's why it’s a hotspot for sport fishing, it’s got all the fish you could want.” 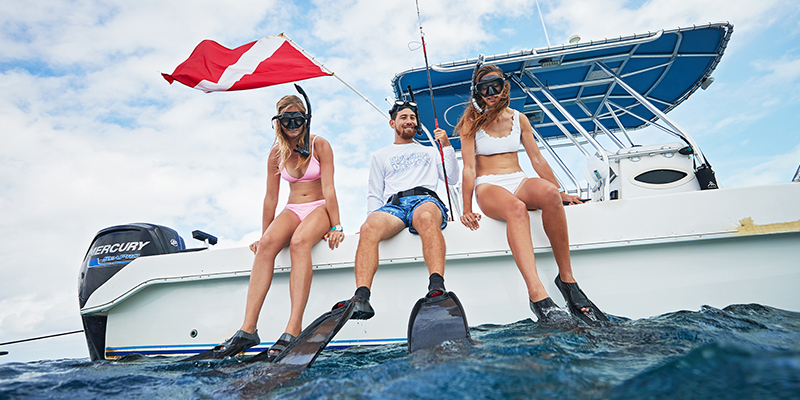 Matt is a relatively young, salty guy, with a scruffy beard and a sharp mind. A Florida native, he’s been visiting and working at the shark lab for years. “The Shark Lab was founded 30 years ago by Dr. Samuel ‘Doc’ Gruber,” Matt told us. “He was a pioneer in the field of shark research and conservation. I first came to the Shark Lab as a volunteer in 2012, and spent three winters volunteering there during my breaks. While I was working on my PhD, I talked to Dr. Gruber and convinced him to let me do my PhD at the Shark Lab studying tiger sharks. Then in November of 2018, Dr. Gruber needed to retire for health reasons, and he asked me to take over. It’s been about 14 or 15 months now that I’ve been essentially trying to finish writing my dissertation while also overseeing the lab. It’s a lot of work, but it was one of those once-in-a-lifetime opportunities that I couldn’t pass up.”

So, what’s it like running an internationally recognized marine biology outpost on a sleepy, laid-back Bahamaian island? Well, there are ups and downs. “The island itself is pretty slow-paced, but the Sharklab is fairly fast-paced,” Matt told us. “Our facility is on South Bimini, which is even quieter than North Bimini—fewer houses and amenities. Not that there’s a ton of action on North Bimini. But we're always doing something, anytime that the weather allows we're out on the water doing research. That's the beauty of having the Shark Lab here. It gives us the chance to do research on any day that the weather allows.”

But it’s not all sunshine and cold Kaliks when you work on Bimini. “We're trying to build a new facility because our current one is 30 years old now,” Matt said as we sat on the back porch that one might refer to as rustic. “There's only one dump truck on the island, and the truck will blow a hydraulic pump and it's a month before we can get another dump of sand. The other day they accidentally knocked down the telephone line to our facility and it's been a month and a half trying to get that fixed. We still have a connection, but the telephone line is basically hanging across our driveway. We tried to get it put back up, but the telephone company doesn't have a truck with a bucket on Bimini. They have to wait for it to come from Freeport. And Freeport is destroyed from the hurricane. So, we're pretty low on the priority list.”

Matt’s not complaining, though. It comes with the territory. Plus, he’s got a lab to run, volunteers to oversee and work to do. “The Lab’s main goals are research, education and conservation, and outreach to the next generation. We have volunteers, high school students and other folks that come down and get experience with us. And then we also do these media-type things to spread the mission of the Lab and our findings,” he told us as we walked out to the shore. “But at night after the research day is done, most people are pretty tired, so we have dinner, and people might go for a run or take the dogs for a walk to the beach. A lot of people just watch TV in their bunk. Most of the time our days off aren’t great for research due to weather, that’s why we have the day off. But if we have the day off and the weather’s good we're back out on the water, fishing, free diving, maybe even spearfishing, stuff like that. We all want to be out on the water as much as we can, that’s why we’re here.”

The Bimini Shark Lab is an interesting place—a cutting-edge scientific research center with a healthy touch of Lord Of The Flies and just enough salt on the patina to remind you where you are. But that’s what’s so great about Matt and his group of researchers. And, what’s so great about Bimini, too. 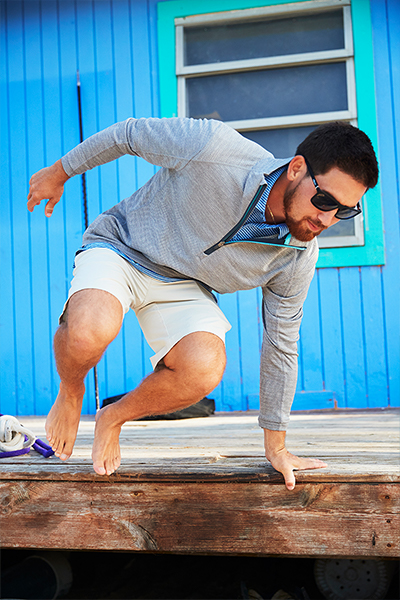 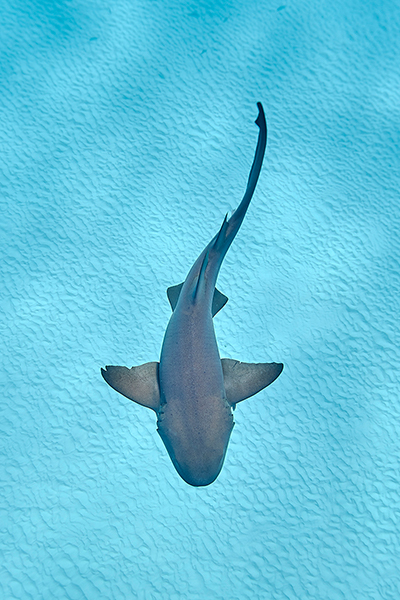 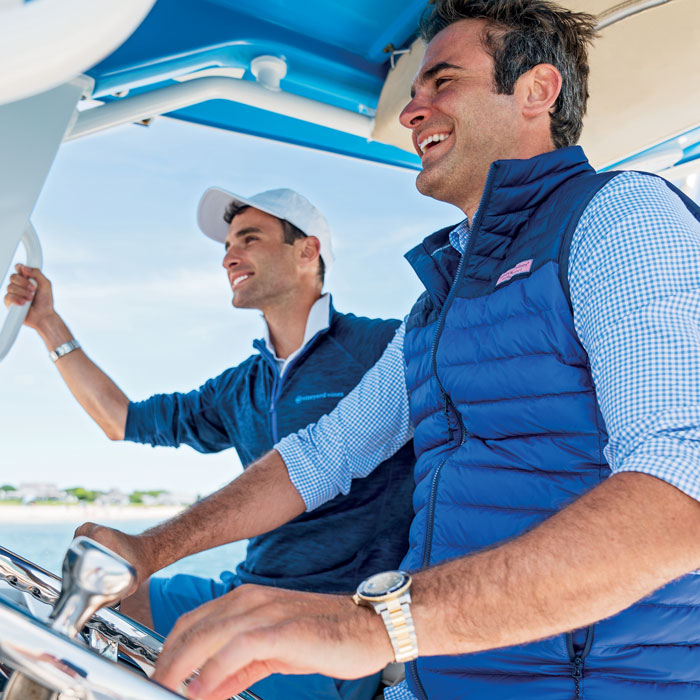 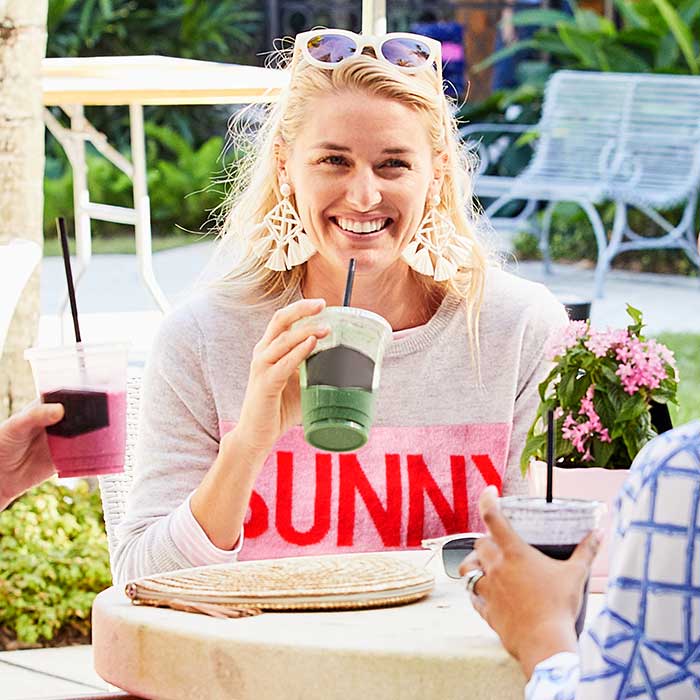