Sailgating on the Virginia Coast 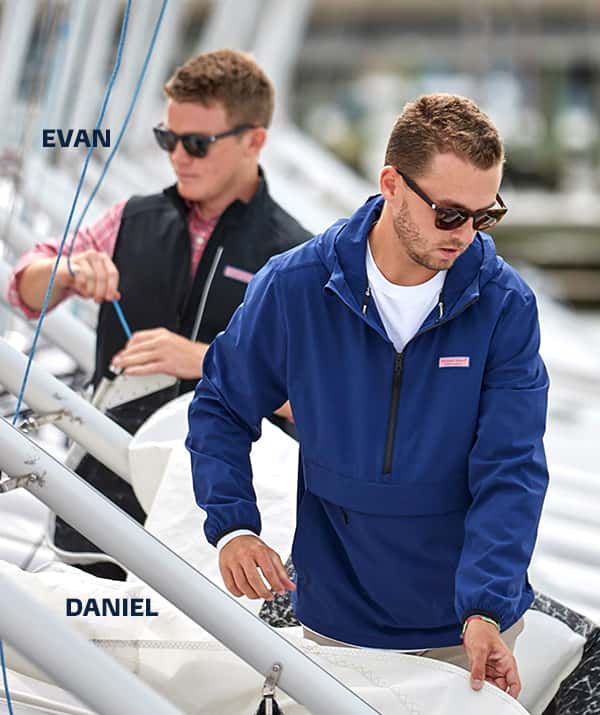 Spending a day on the boat with a big group of my closest friends—fishing, cruising, wake-boarding and just enjoying time on the water. I think sharing a beautiful summer day with people you enjoy being around is a feeling you just can’t beat. — Daniel

Hanging out on a boat, whether it be a sailboat or motor boat, and just relaxing in the warm sun, enjoying time on the water with close friends. — Evan

“I grew up here in Virginia Beach,” Daniel Vail told us in between rounds of cornhole as we stood with our feet in the sand on Virginia’s North End Beach. “Finding your friends and going to the beach is just what we do down here. Because we’re a bunch of guys in our early 20s, the plans are usually pretty last minute.” For Daniel and his teammate, roommate and friend, Evan Langford, both members of the sailing team at Eckerd College, hitting the beach and spending time on the water is just part of life.

“I’ve been around the water and boats my entire life,” Evan told us. “We had an old sailboat when I was a kid, and while my parents were racing I was just chilling in my little rocking chair thing, whatever I was in at the age of 1 or 2, while my parents sailed around. They kept me in the sport and I grew a passion for the water.”

“I grew up in Jamaica,” Evan said. “Back home there’s a race from Miami to Montego Bay called the Pineapple Cup. And it’s part of race tradition that whenever a boat finishes there is a case of beer waiting for them at the dock. There were people who would stay at the yacht club all night, monitoring the radio and greeting boats, and as a young sailor I always dreamed of doing that race, so I would beg my dad to let me be part of the action. There were a few times where a boat would come in and you would see a young 10-year-old kid, which was me, walking down the doc with a case of beer, handing it to the boats. Everyone had a good laugh.”

“I started sailing in 8th grade, which is pretty late for most people who end up going to college for it,” Daniel told us. “But my grandfather used to be a really good Flying Dutchman sailor—he was in Olympic trials and everything—and I got tired of soccer, so I decided to try something new. I picked up sailing, and it has become a really distinct part of my life and who I am as a person.”

“Other than sailing—it sounds a bit cliché—but everything I do is on the water,” Daniel said. “I picked up kiteboarding recently. I really like wakeboarding, jet skiing, fishing—anything with boats. Living here in Virginia is great because there’s plenty of opportunity to do anything you want on the water.”

For this group of guys, the season is all about good friends and good times. And sailing. Lots and lots of sailing. “I spent the summer coaching sailing on Martha’s Vineyard at the Vineyard Haven Yacht Club, and getting offshore whenever I could,” Evan told us. “I was coaching sailing at Old Dominion University,” Daniel said. “I taught a class for beginners, 8- to 15-year-olds. We used FJs and 420s, boats I know really well. I like to teach kids that have never done anything like this before.” 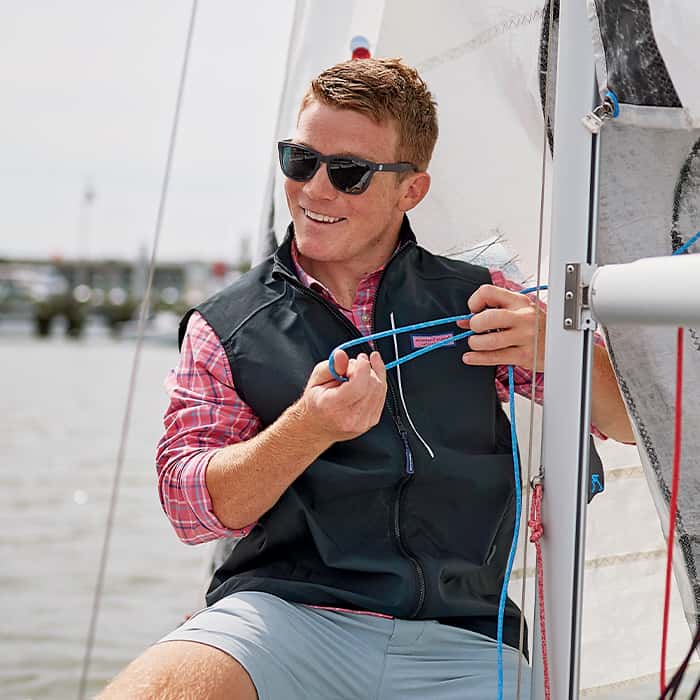 “I’ve loved the water ever since I was a kid, and I’ve tried to take advantage of every opportunity to keep on sailing. Growing up, we would have races every Saturday and Sunday. And every weekend we weren’t racing I would go out sailing with friends. Other than that, any chance I can get, I’m sailing.” — Evan 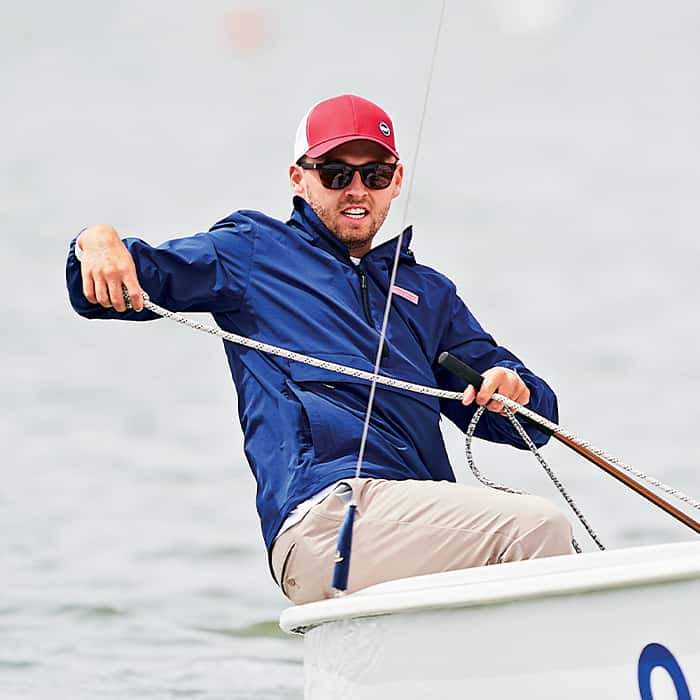 “My grandfather has a house down in Ocean Reef, and Shep is his neighbor. One day I was down there standing in the driveway and Shep and the kids drove past in a golf cart. He stopped and introduced himself, and that’s something I’ve taken with me for a long time, just how personable they are. The whole family. I had the privilege of being able to go fishing with them one time, and as we were reeling in the lines to head back in I caught my first sailfish. It was awesome.” — Daniel 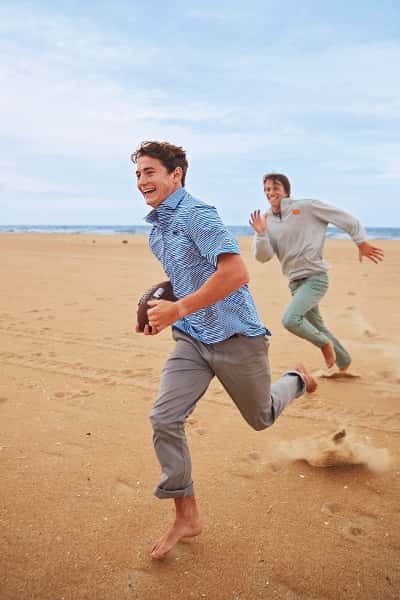 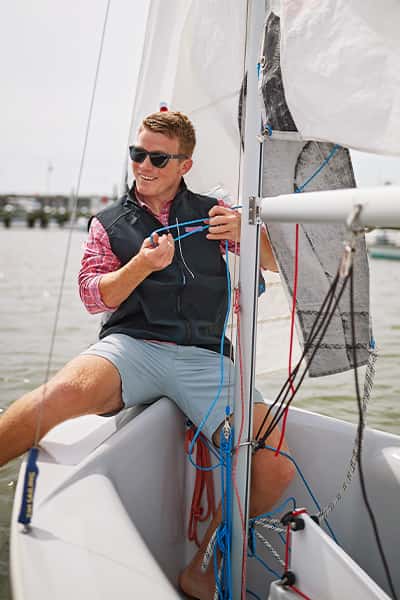 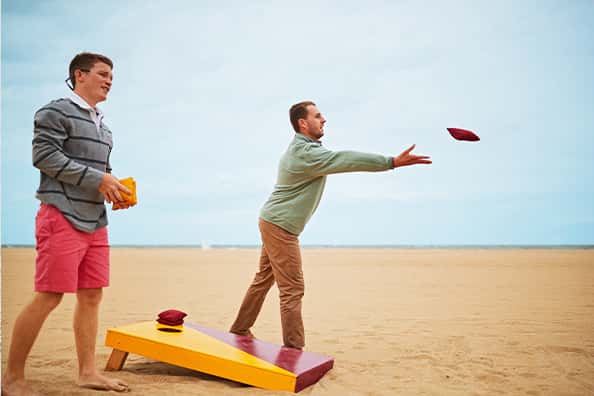 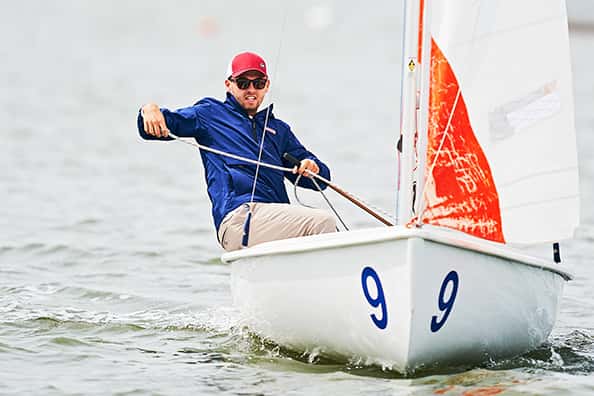 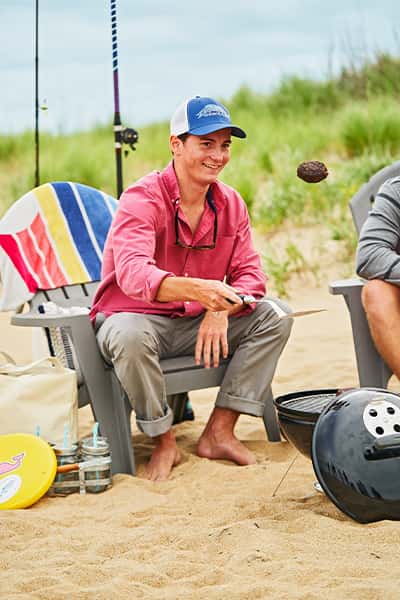 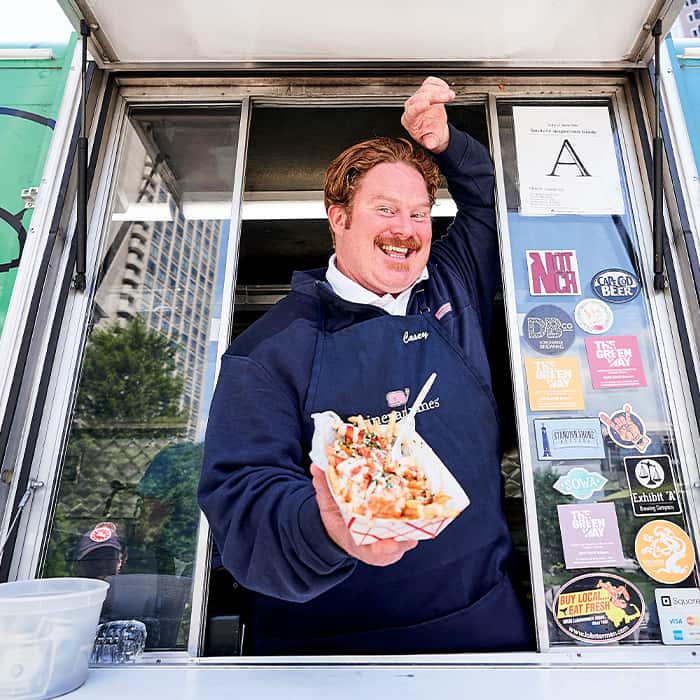