The Young Man & The Sea 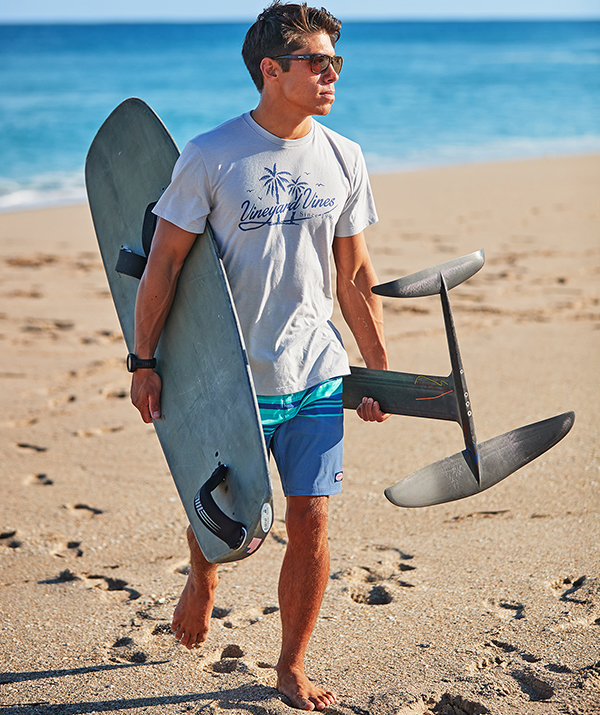 “I would love to do a Pacific crossing. Sailing from the Galápagos to Tahiti would be an amazing trip. Those little islands have some of the best diving in the world, some of the greatest sailing conditions.”

“Getting those sails up and turning the engine off. Every time, for me, it feels like I’m on vacation.”

“I’ve been sailing for 20 years, just about,” Nate Richter told us as we sat in the cockpit of Elizabeth, his Catalina 42, getting ready to go sailing in New York Harbor. “I went to summer camp on Lake Winnipesaukee in New Hampshire and learned how to sail small boats—Sunfish, 420s, Hobie Cats, those kinda boats. Then my dad bought me and my brother a little boat and we would sail it around the Schuylkill River in Philly. That’s when I got the bug. I went to maritime school in FL, then moved up to Newport, RI, where I got into racing the 12-Meters. From there I got into bigger and bigger sailboats, started cruising the Mediterranean, the Caribbean, and up and down the East Coast for several years before coming here and starting my own thing.”

By his “own thing,” Nate is talking about True Sailing NYC, a charter company he founded and manages, teaching people to sail, and taking them for cocktail cruises and sightseeing sails around New York Harbor. “The first time I came into New York by boat, I was on a 120-foot Delta megayacht,” Nate told us. “You can see the city from way out at sea, and then coming under the Verrazano Bridge and sailing into the harbor, it’s just such an epic backdrop. It’s a sailing environment that I hadn’t really seen before. Sailing in Europe or the Caribbean or New England, you don’t have such a cityscape behind you. And the winds here are great during the summer. It’s really a fantastic place to go sailing.”

Sailing in New York Harbor definitely has its benefits—the iconic skyline, the landmarks, the wind—but with that comes a host of challenges that every sailor has to overcome. “I wouldn’t say this is a great place for beginner sailors,” Nate said with a chuckle. “New York is a very active harbor. The Staten Island Ferry, that’s the king of the harbor, the boat you must stay out of the way of at all times. Then there are cruises taking people out to the Statue of Liberty and Ellis Island. The little yacht clubs have their J-24s, there’s the guys on jet-skis, there’s always something. Last summer I sailed a boat back from Long Island, we had a very relaxing time sailing out in the Hamptons for a week. We were coming back into New York Harbor and all of a sudden there are seaplanes landing in the East River and helicopters flying overhead and boats cruising by throwing their huge wakes and my buddy looked over at me and said ‘Man, I feel like we just sailed into an Arnold Schwarzenegger movie.’ It was action-packed sailing. But it’s part of the excitement, it’s part of the fun.”

At the end of the day though, for Nate, like so many other passionate yachtsmen, it’s the love of the sea, the sound of the wind and the feel of the helm when the sails fill that keeps him coming back day after day. “When I go out sailing and I have a charter onboard, getting those sails up and turning the engine off, every time, for me, it feels like I’m on vacation. And I’m at work, I’m out here taking people sailing, this is my job. And still, every time when I turn the engine off and get the sails up, that’s the moment when I think ‘I found my thing, this is where I need to be right now.’ And honestly, every day should feel that good.”

Keep the boat ready and the beers cold, Nate. We’ll see you soon. 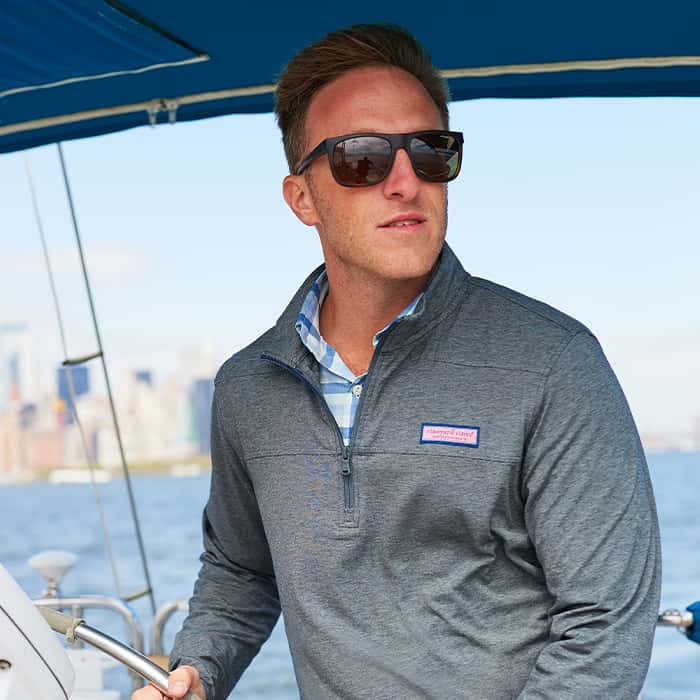 “When people think of New York City they don’t think of it as a sailing destination, but it is one of the nation’s oldest ports. And people forget, Manhattan is an island. There are piers and docks on every side a lot of room to sail. There’s Governors Island, Ellis Island, the Statue of Liberty and all of the bridges. There are a ton of regattas that take place here every year. Sailing is definitely a great part of the harbor’s activity. Sure it’s not Newport, Key West, Block Island or Annapolis, places people think of as ‘sailing town,’ but the sailing community in New York Harbor is really strong.” 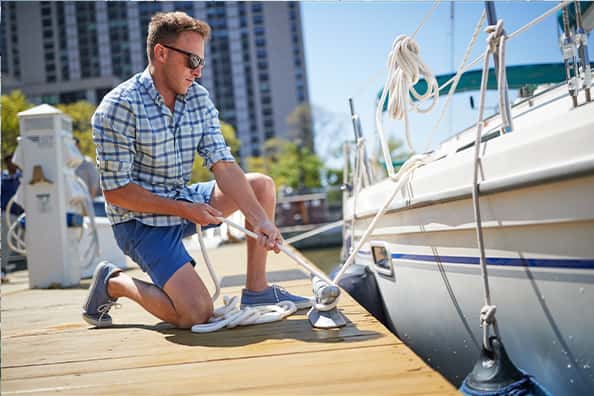 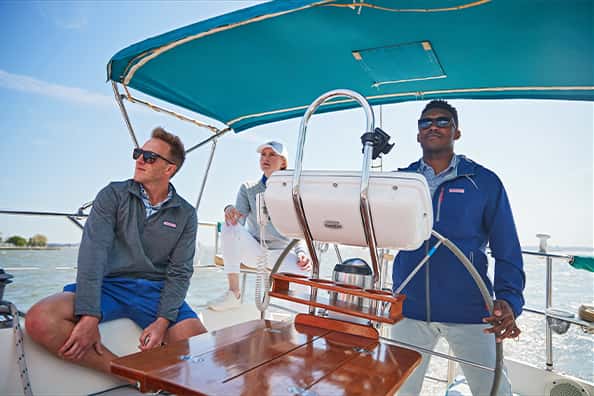 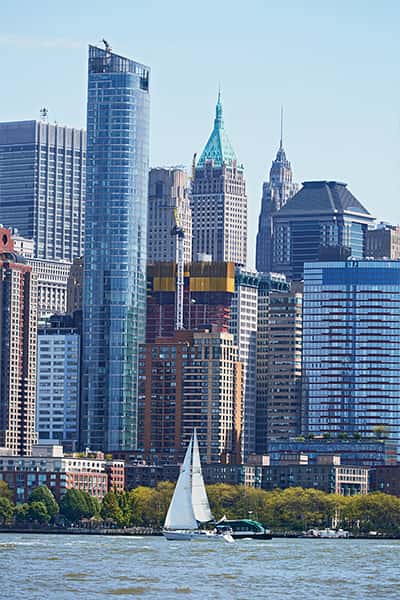 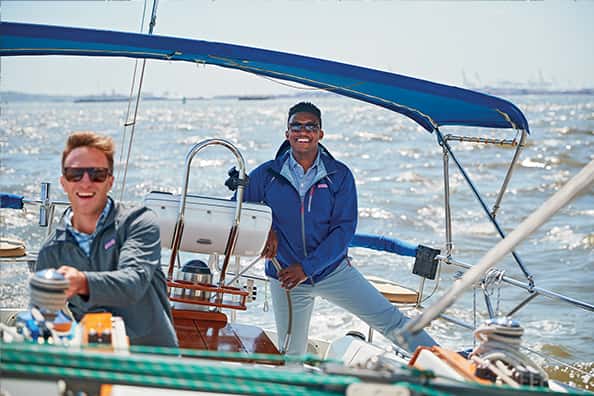 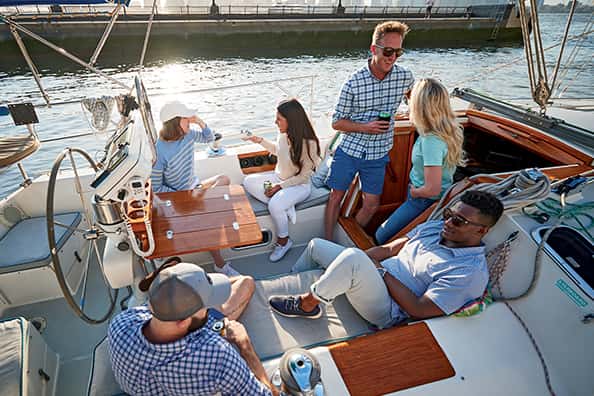 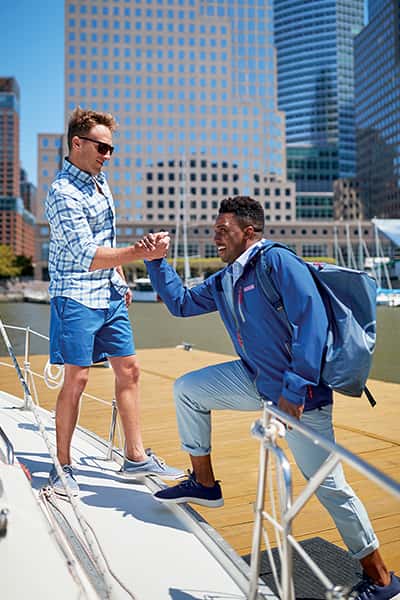 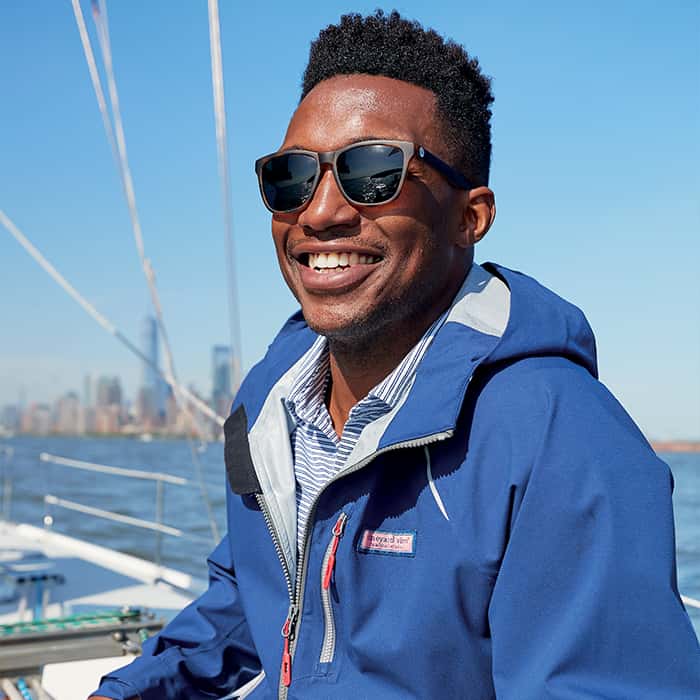 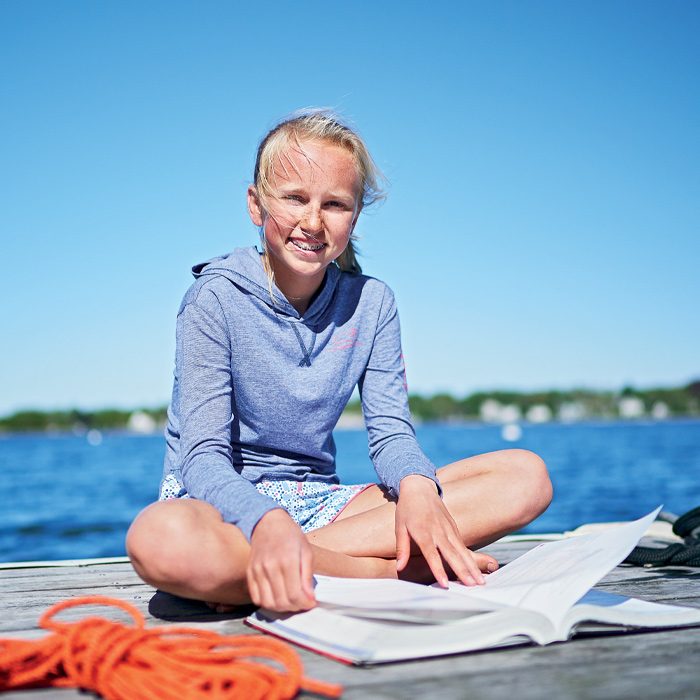